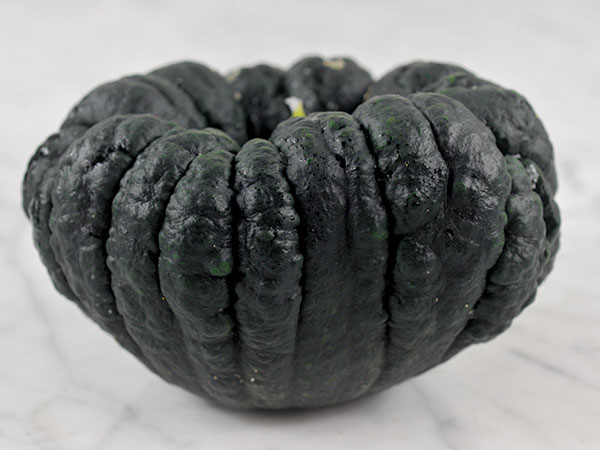 Until the mid-19th century, Japan was seen as a mysterious Oriental land, closed to most westerners and virtually all Americans. In the 1850’s, with Commodore Perry’s forcible “Opening of Japan” the situation changed dramatically. Japanese trade goods and art became available, captivating the imagination of a generation of Americans.

Plants were part of the cultural avalanche. One such is Yokohama squash, a superior winter squash that had evolved through centuries of painstaking selection by meticulous Japanese gardeners.

In America, Yokohama was introduced by a wealthy New York City horticulturist, James Hogg. Hogg’s brother Thomas visited Yokohama, Japan on business, sending home seeds from Japanese varieties hitherto unknown in the West. In 1863 Hogg successfully grew the variety, naming it “Yokohama.” Hogg claimed it was superior to the Hubbard types which were at the time the standard in American gardens.

Other horticulturists enthusiastically agreed, and Yokohama squash soon experienced a short-lived burst of popularity. J.H. Gregory, as quoted in The Garden, an Illustrated Weekly Journal, London, 1873 wrote: “It is quite flat in shape, with somewhat of a depression on each end...It is deeply ribbed, and the flesh, which is of a lemon colour, is remarkably thick, making it the heaviest of all Squashes in proportion to its size. The flesh is very fine grained, smooth to the taste, and has a flavor resembling the [Canada] Crookneck...In external color, before ripening, it is of an intensely dark green, covered with blisters like a toad’s back; as it ripens it begins to turn a light brown at both the stem and blossom ends, and, after storing, it soon becomes entirely of a copper-like colour, and is covered with a slight bloom.”

Sadly, Yokohama fell out of favor after a couple of decades, virtually disappearing until being rediscovered in the early days of the heirloom movement. Modern gardeners were no less impressed. William Woys Weaver wrote in Mother Earth News that when he grew Yokohama it “resembled large chunks of hardened lava. Gray-black, other-worldly, yet hauntingly beautiful, this unique heirloom vegetable...was a visual study in the Japanese affection for serenity through form and texture.

“Not only that, the ‘Yokohama’ possesses one of the most complex flavors I have run across in any squash or pumpkin I have grown. Everyone’s taste buds are different, but I detect hints of Asian pear, mango, avocado, lemon balsam, and if you have experience with tropical fruits, the unmistakable aroma of sapote. Can this be a squash?”

Yes, it can be a squash, but of the most admirable kind. Not only is the variety possessed of singular flavor and texture, but the 3- to 4-pound fruits can be stored for many months with no loss in flavor. Disease- and pest-resistance come as a bonus, making Yokohama a world-class heirloom, deserving of a place in every garden.
yokohama seed
Listed by both Burr (1863) and Vilmorin (1885). 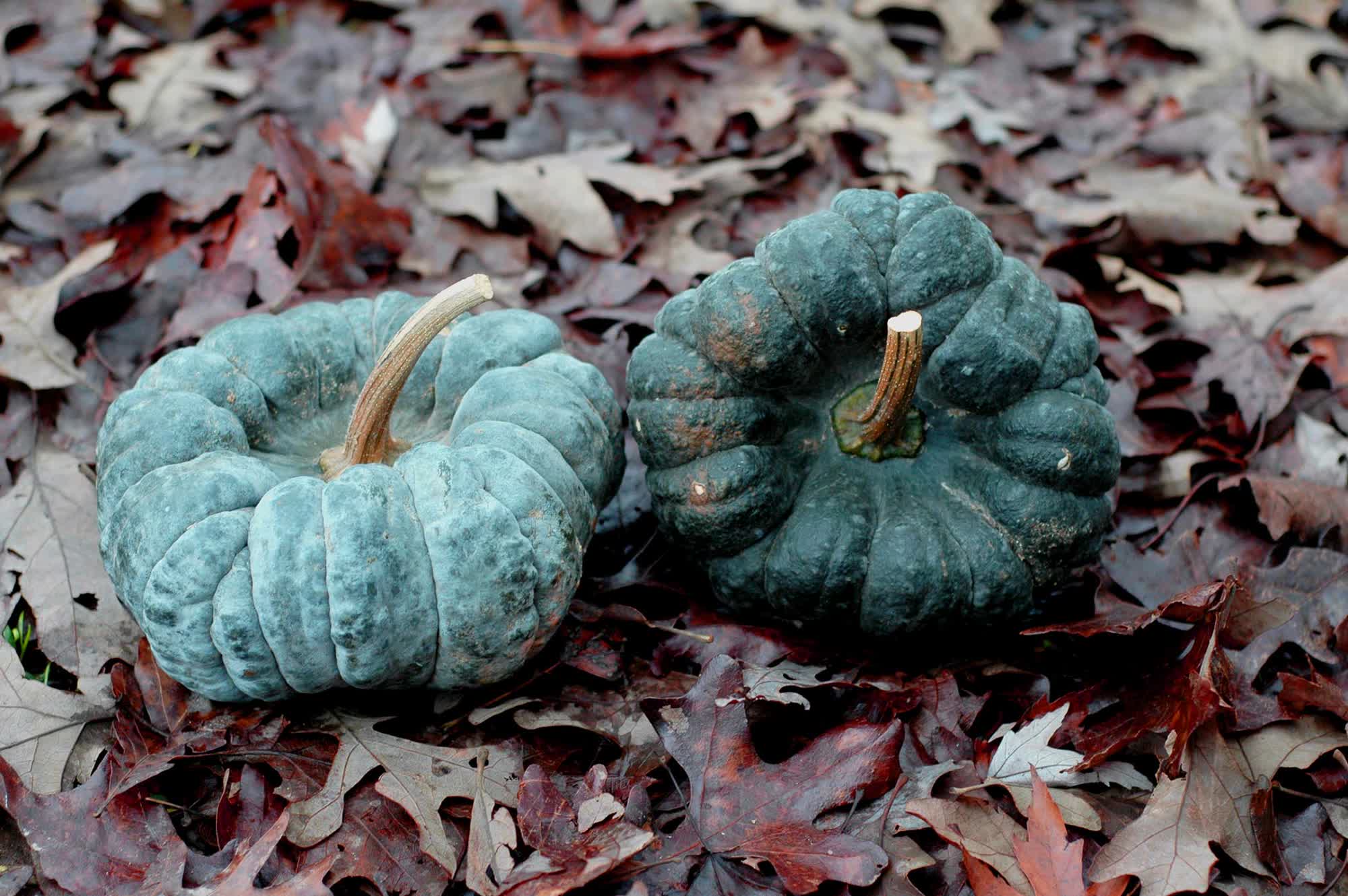 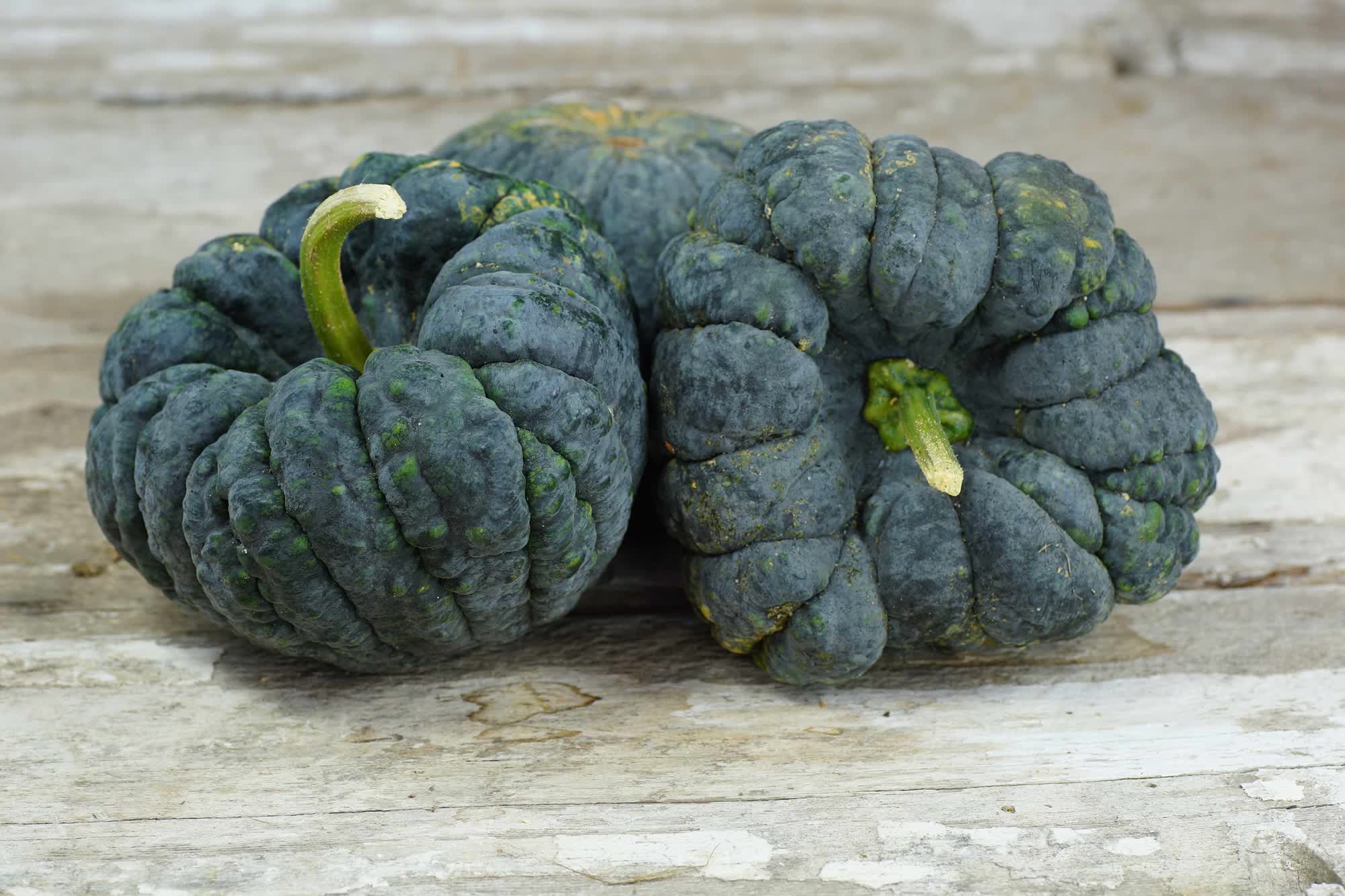 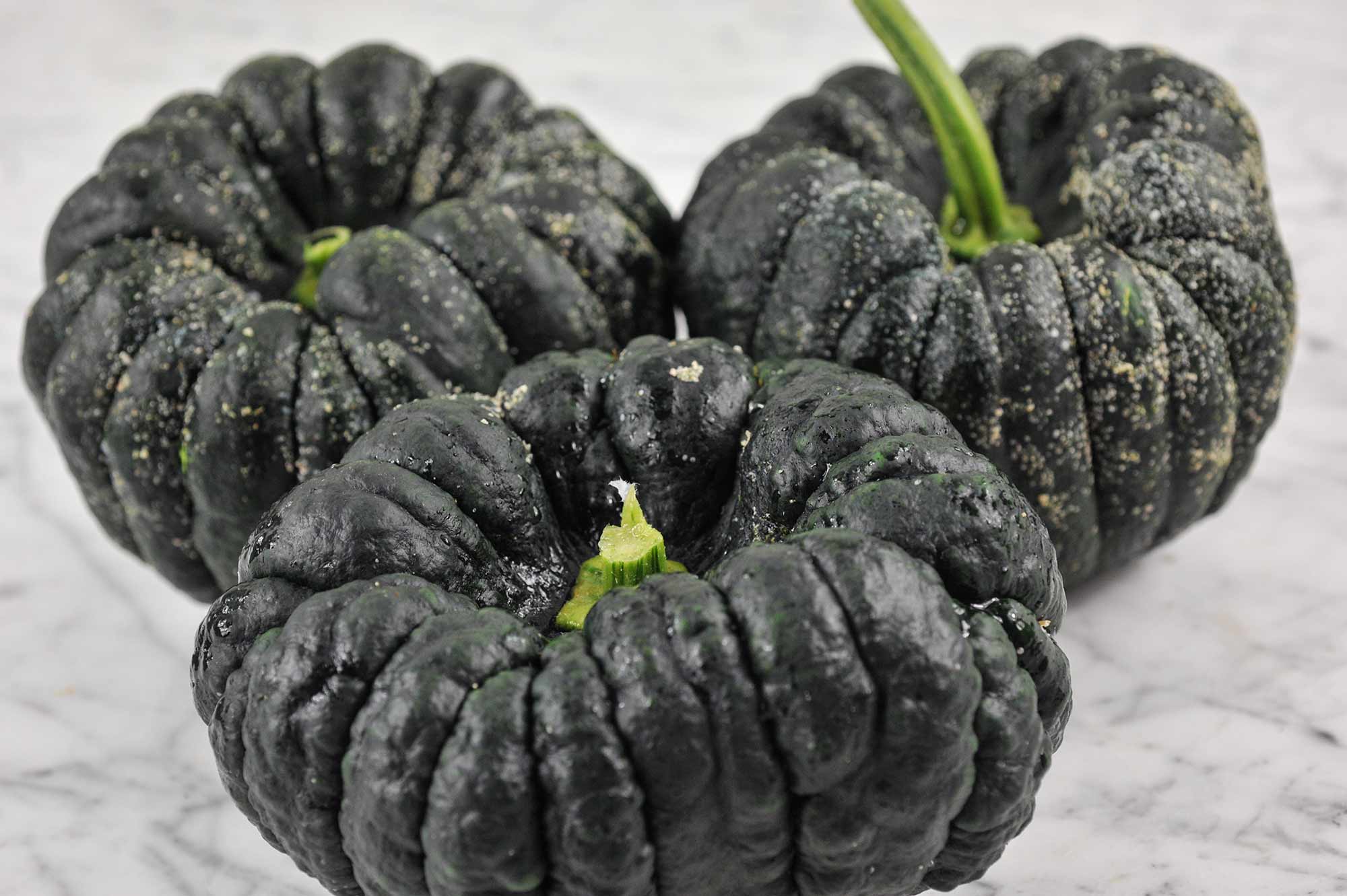 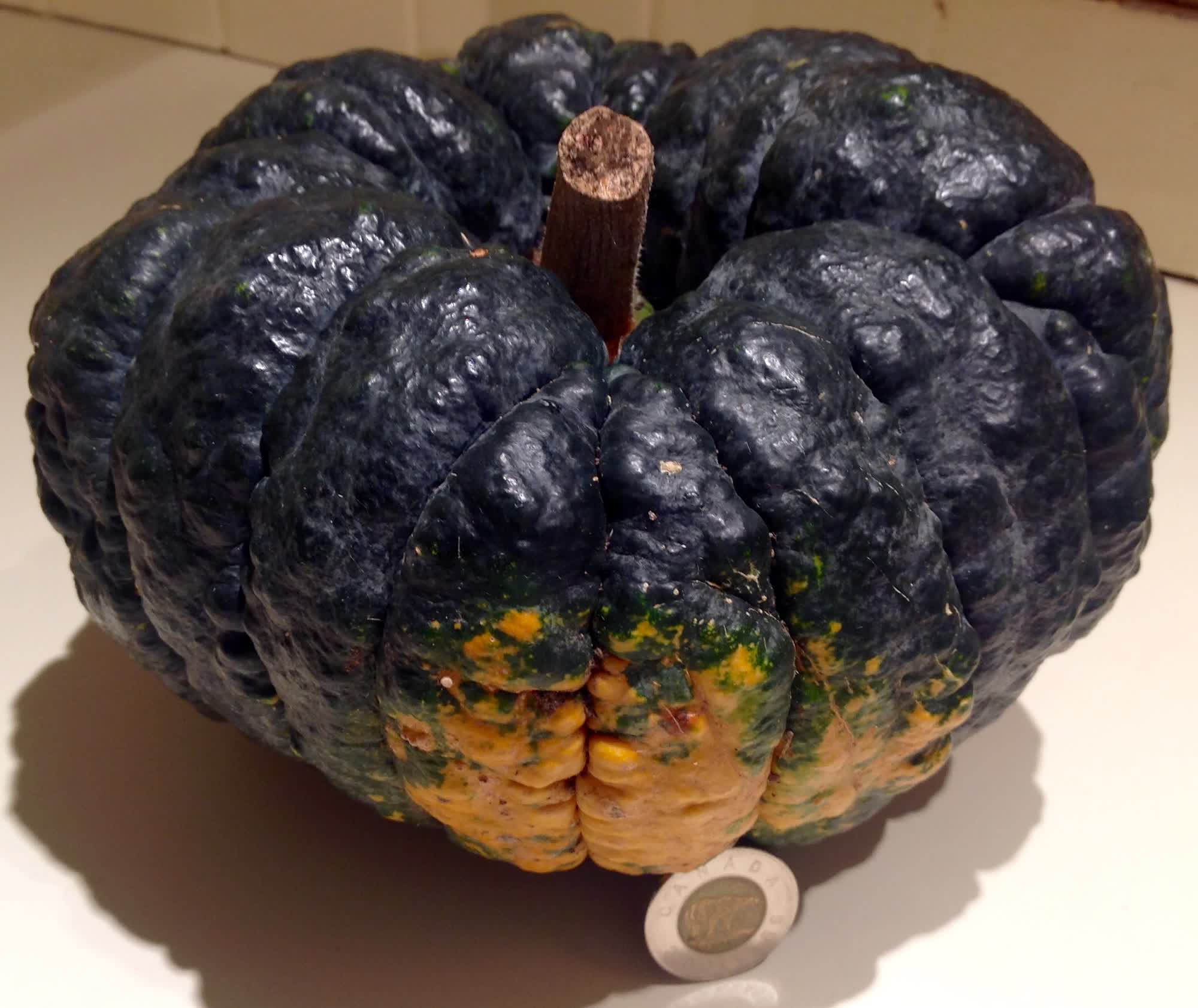 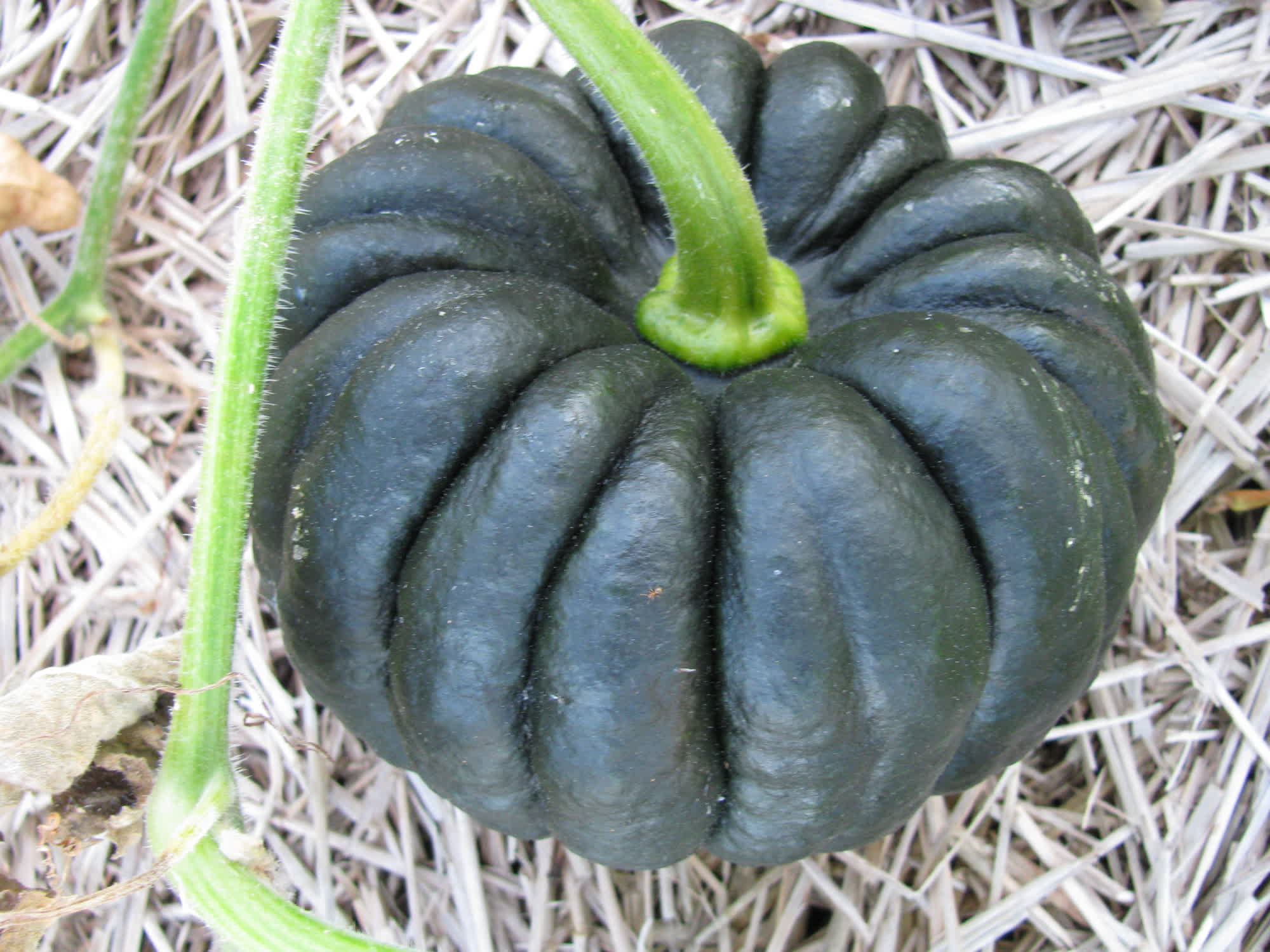 Immature Yokohama Still on the Vine 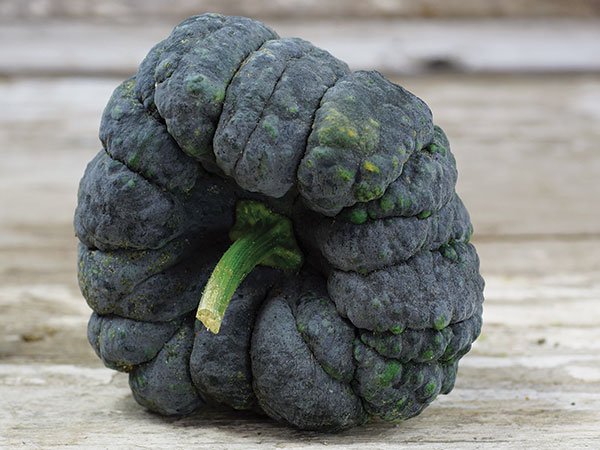 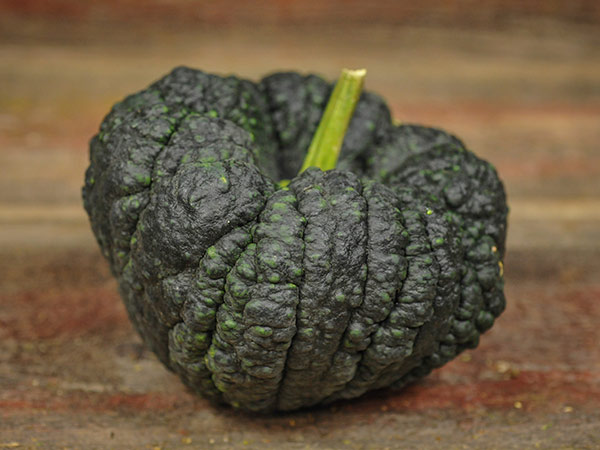 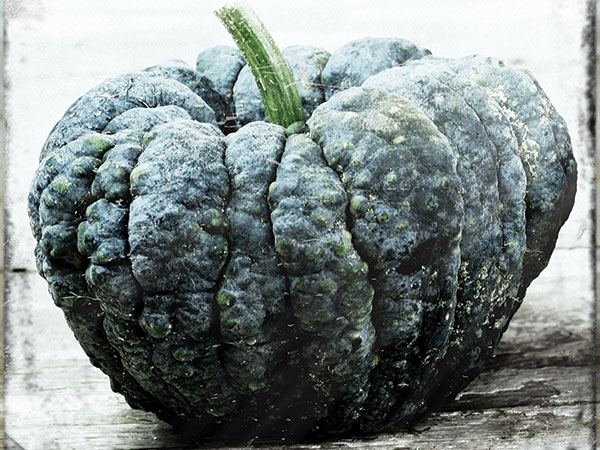 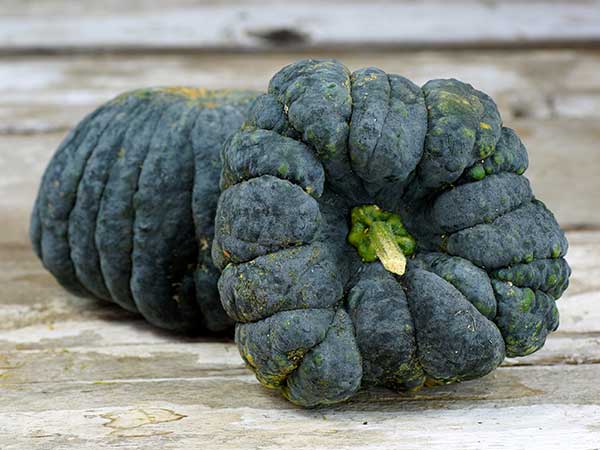 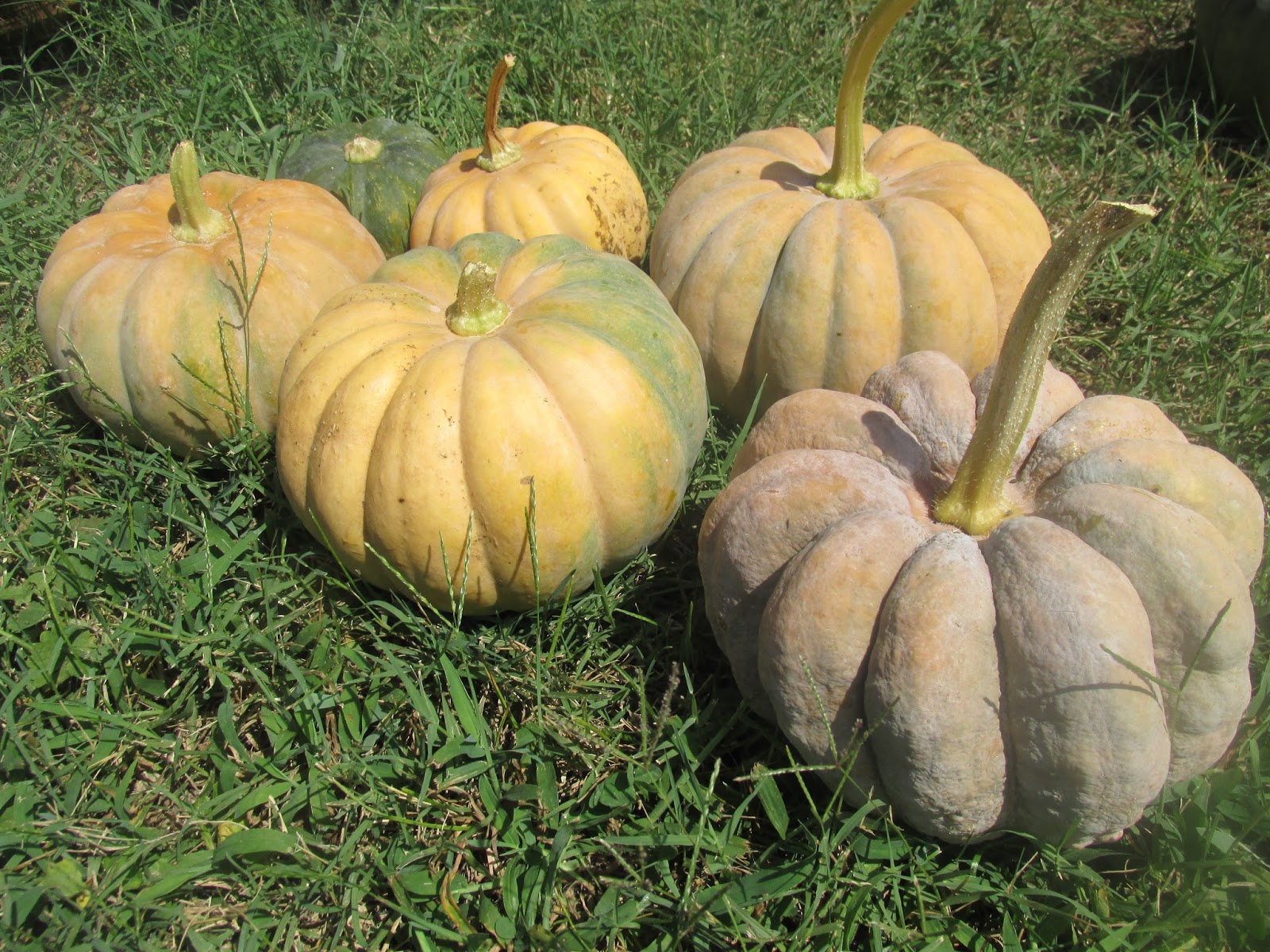 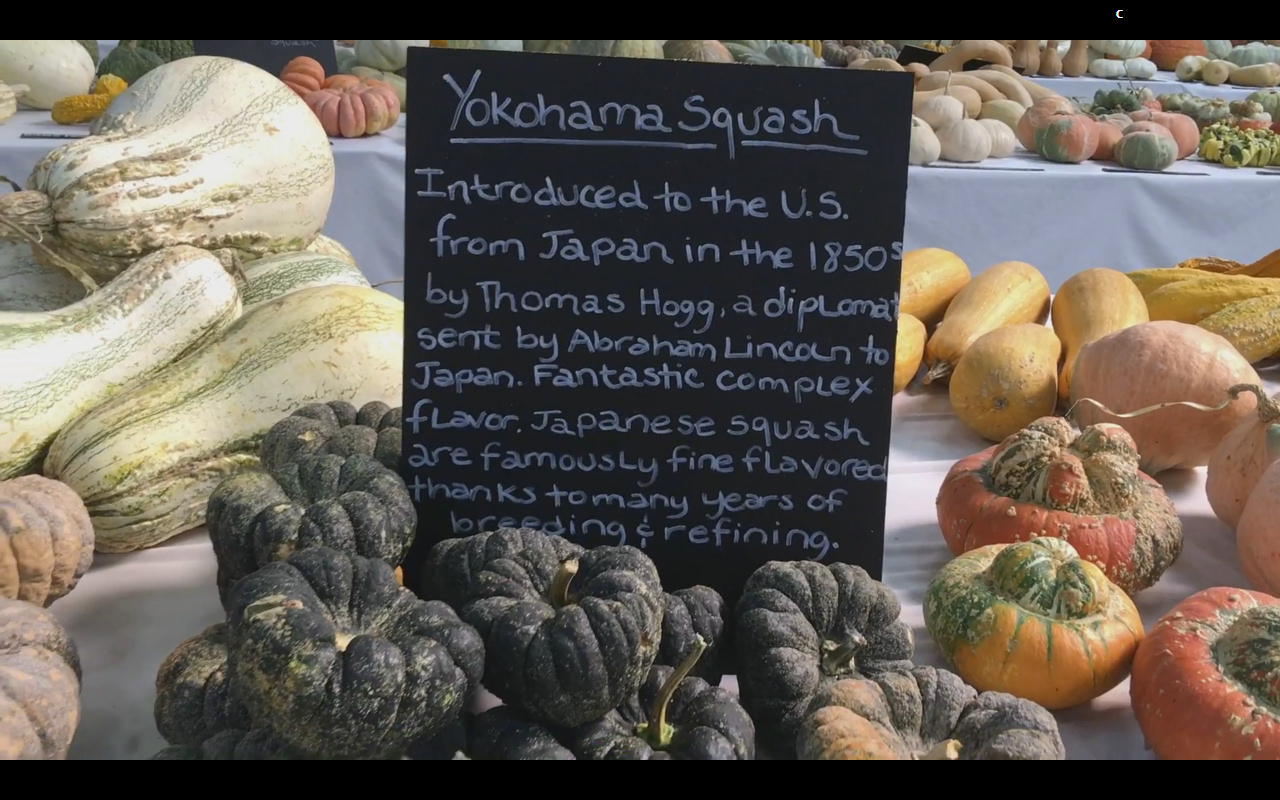